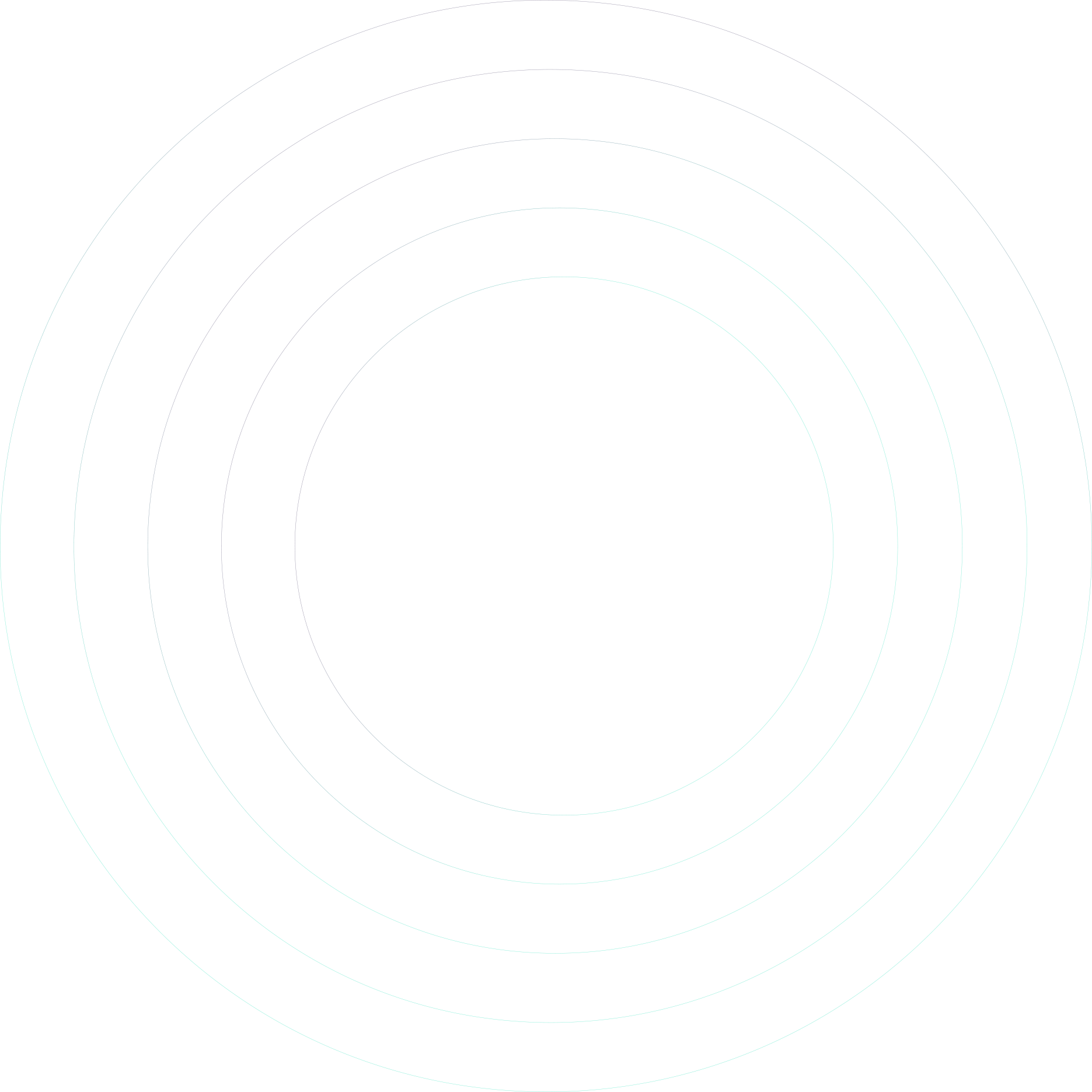 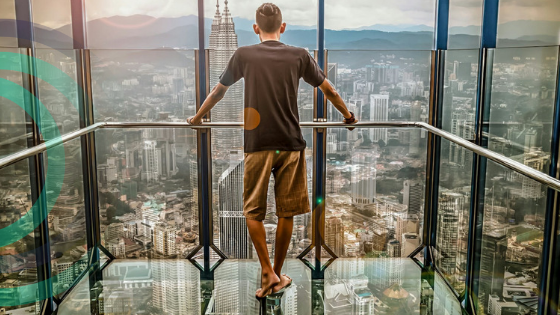 Four days packed with the latest tech innovations: from global brands to visionary startups. Future Port‘s founder, Martin Holecko, has visited the global technological show CES 2019 in Las Vegas. Why? Being a part of this largest tech show on the planet gives an unparalleled overview of the latest trends and is a great resource of ideas for the next Future Port coming in September this year. But before that moment comes, we want to share some of the highlights with you.

5G: The next generation of mobile wireless network promises to go real-time

4G is dead, long live the 5G! The next-gen wireless network with its high-bandwidth low-latency transmission is slowly showing its first teeth in 2019. It is poised to not only speed up your movie downloads but to be the key enabler and the tipping point for other major technologies like virtual and augmented reality, self-driving cars, and smart cities.

How? The smart cities vision works with the idea of a city where everything is connected, useful and helpful. Sensors embedded into Smart City IoT devices will find you a parking spot, connected gas sensors will improve health, reduce emissions, identify infrastructure leaks and security threats. Read more about smart cities here.

In his keynote, Hans Vestberg, CEO of Verizon has stressed that: “5G will change everything – it is the promise of so much more than what we have seen from wireless technology.” His address was followed by a keynote by John Donovan, CEO of AT&T Communications, who discussed the company’s recent launch of 5G Evolution network.

Let’s shift our focus from big, universal projects for a moment and talk about how technology can influence everyday, ordinary life. For example, robots poured beer and played ping pong at CES gadget show but that‘s not the point. If you haven’t gotten used to the idea of robot helpers in your everyday life, you will definitely do so soon. Consumer-focused robotics takes off and many large brands now showcase their vision of your new robotic household companion.

Self-driving robots can now deliver packages right to your doorstep or play with your dog while you are at work. 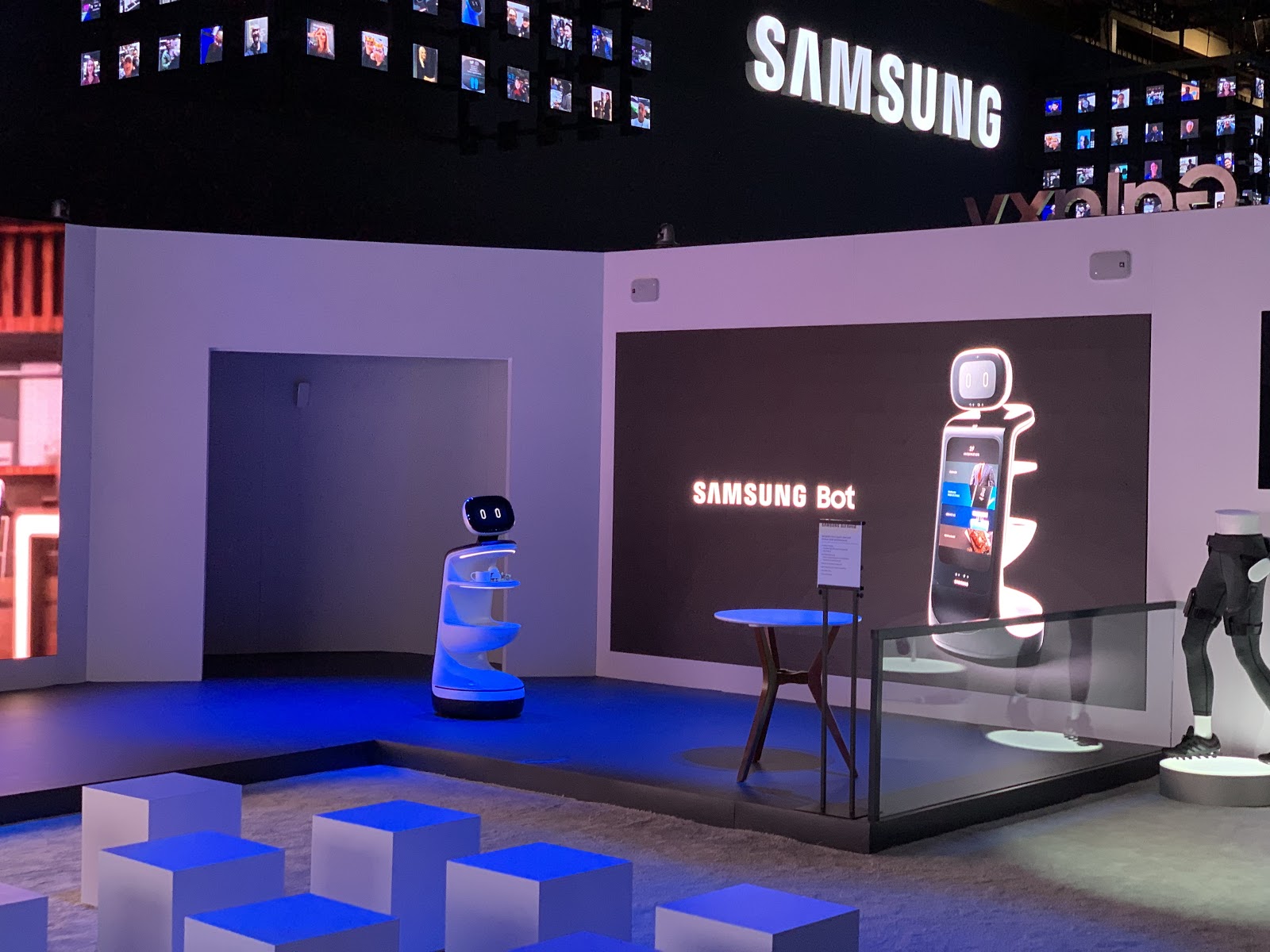 A TV screen that can disappear

Well, not quite but close. LG has introduced a new concept of OLED television: a rollable screen that can be rolled into its base at the click of the button. The groundbreaking TV is going on sale this year but don’t be too eager yet – the company hasn’t released the price so far.

LG has also introduced smart closets which can actually help you pick your clothes (and match the colors properly), keep them hygienically clean and even help you buy more clothes. We think it is maybe a bit over the top, but let‘s see how the idea catches on. 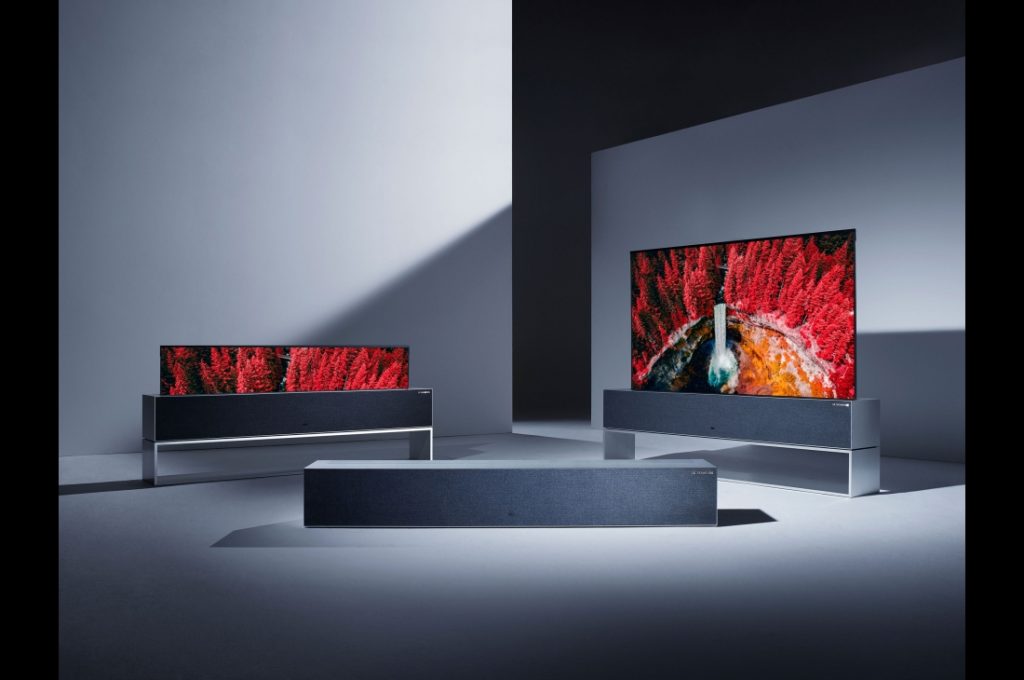 In Las Vegas, IBM has introduced the first commercial quantum computer, Q System One. The computer is a futuristic temperature-controlled glass box with a sleek black cylinder hanging from the top and certainly reminded us of something aliens would build to destroy our planet.

Quantum computers aim to vastly outperform current machines and exploit the properties of quantum physics. The idea behind IBM‘s ambitious project is simple: to be able to use quantum computers beyond the confines of a laboratory environment. 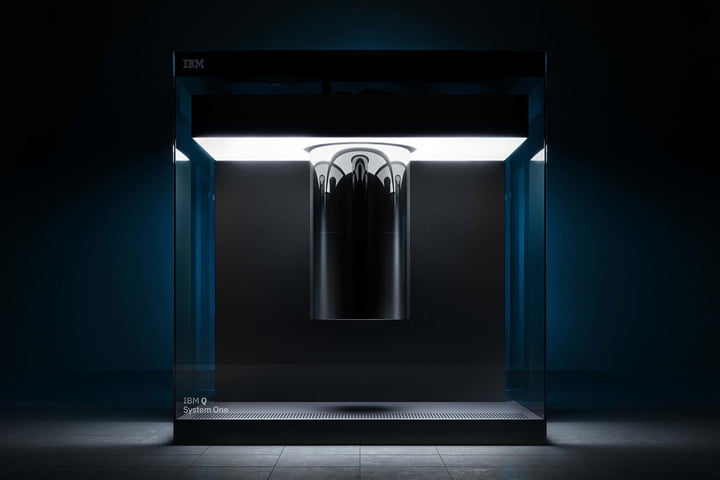 Uber plans to use Bell Nexus air taxis by 2020

Future of transportation was an important topic discussed in Las Vegas last week. Self-driving technology will save lives, enable greater accessibility and improve productivity. Uber has come forth with an ambitious plan to use air taxis from Bell Helicopter by 2020 – not a sci-fi scenario! 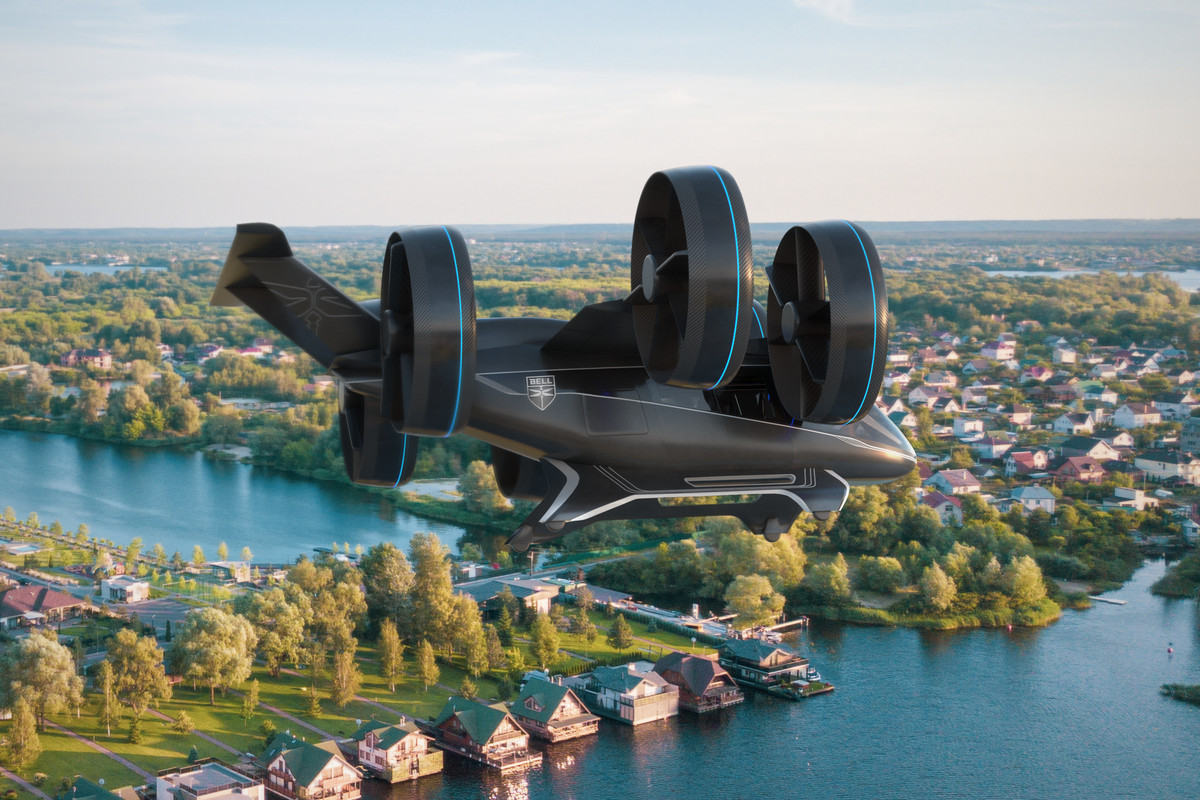 You realize that the EVs’ time has really come when an icon does something unimaginable. Say goodbye to the loud bubbly sound Harley Davidson bikes are known for and recognized by. The new all-electric Harley-Davidson’s all-electric motorcycle is as silent as your neighbor’s Tesla. It is, as well, equipped with smart telematics H-D Connect system. The system will feed various data about the bike directly to the owner via a special app. 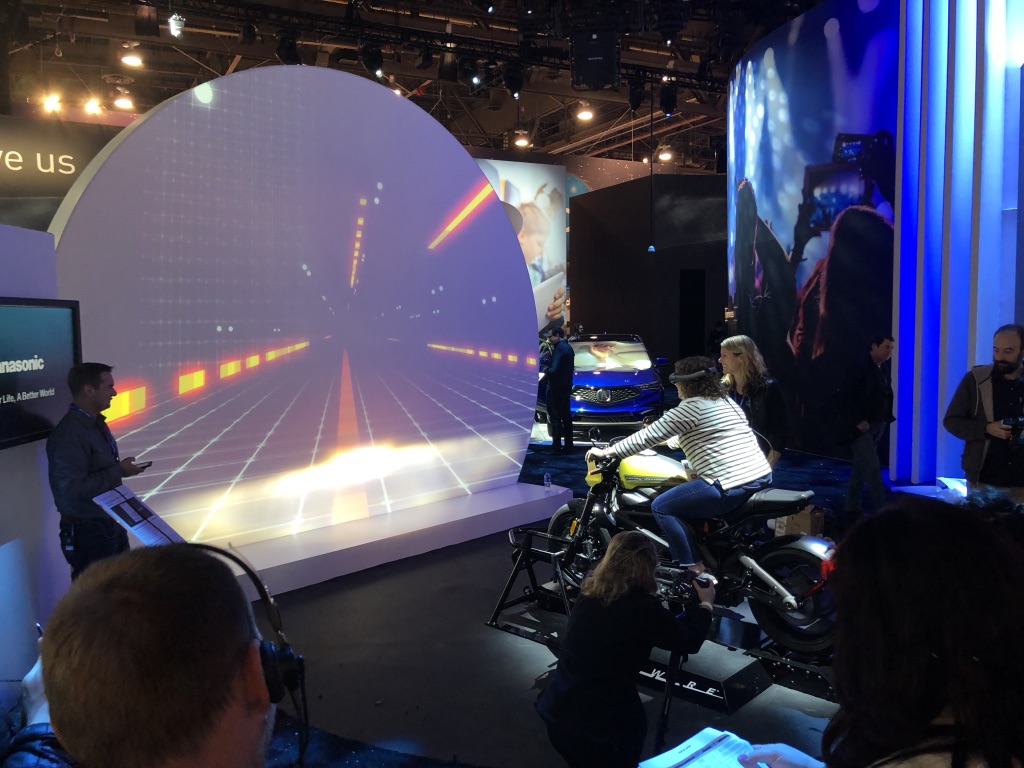 Let‘s not forget about self-driving cars and autonomous vehicles (5G connected and equipped with the latest technology from Deep Learning cameras to pilot assistants), such as those presented by Veoneer. We were also impressed by Italian Company TUC and their revolutionary multimodal platform thanks to which a vehicle can be built just like Lego: from baby seat and entertainment system to your own coffee maker: everything can be connected, smart and safe.

Apart from spending time pondering these discoveries and learning about the latest technology trends we found time to support our fellow “Future-Porters” from the Czech Republic: Our friends from VRgineers have made it to Las Vegas, presenting their professional XTAL VR headset of Czech making that companies like BMW or Audi use to design cars, Airbus to design planes and others to train their pilots and race drivers. Hear more about what they do in their CEO’s talk at Future Port Prague 2018. We are happy to help spread new ideas and see them reach the right audience! Read more about the work of VRgineers here. 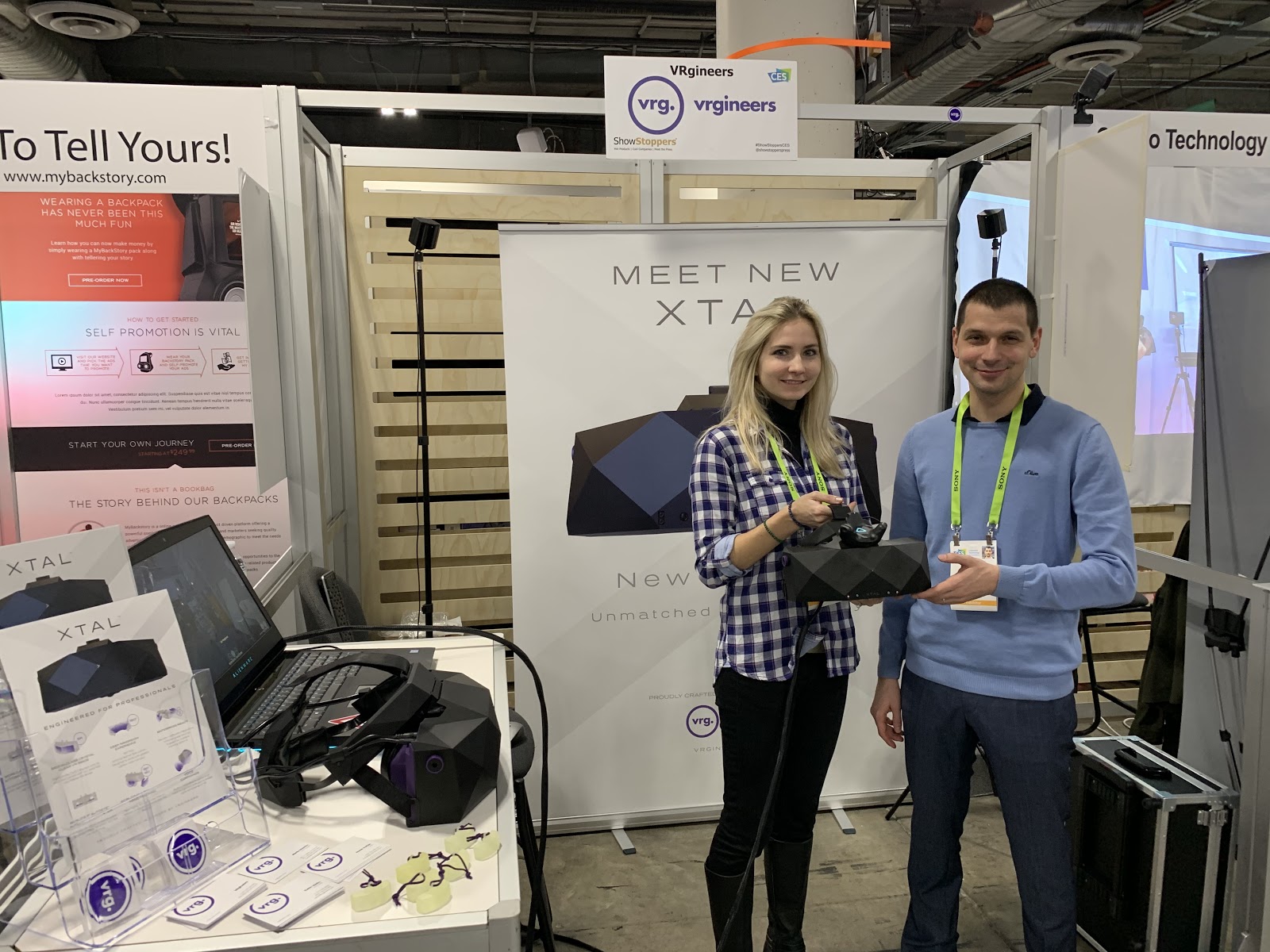 Another Czech brand that makes a worldwide splash, the Sense Arena, was represented at CES: these guys have developed a Virtual Reality hockey trainer which can train the future NHL stars… without ice. Check out their video here and learn all about their innovation from their talk at FPP 2018 here.

The CES 2019 is behind us and we were really inspired by its incredible atmosphere. Now it‘s time to work on the next Future Port and bring all the ideas back to you!

Did you attend CES 2019 or read about something interesting that you want to share with our fans? Do not hesitate to leave a comment on our Facebook page.